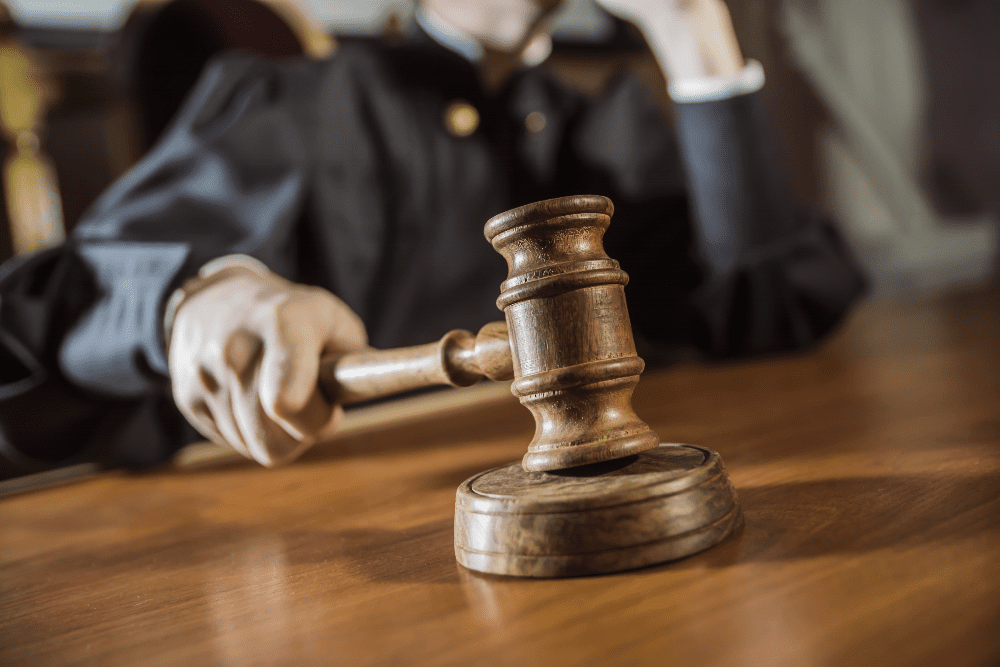 An appeals court has recently overturned an injunction against stalking that was obtained by Senator Lauren Book. The injunction was due to alleged stalking and repeated harassment in-person and over the internet from an anti-sex registry activist named Derek Warren Logue.

The 8 to 3 ruling by the 4th District Court of Appeal states that Sen. Book was improperly granted an injunction against Logue which was created to prevent him from having any contact with the Senator or releasing any public statements about her.

The majority of the appeals court ruled that, although Logue’s posts directed at Sen. Book were “vulgar and insulting,” they did not warrant the approval of a stalking injunction for the Senator, citing the freedoms of the First Amendment that protected Logue’s right to free speech regarding any political protest.

Conduct within the Statute of Limitations for Stalking

Supervising the case was a panel of three judges which included Judge Mark Klingensmith, who stated that there was not enough evidence to grant an injunction if Logue did not incite any malicious action or deliver threats of harm against Sen. Book or her family. Judge Klingensmith added that sharing “public information, or potentially embarrassing and annoying content… is not conduct within the stalking statute.”

Sen. Book is the head of a nonprofit organization called “Lauren’s Kids,” which works within communities to prevent the sexual abuse of children and minors. As an advocate for protecting children’s safety against sexual predators, Book has attended events all over the country, but two of them drew the attention of Logue, who is a co-founder of a movement that is staunchly against the existence of a national sex offender registry and opposes other laws aimed at punishing sexual crimes.

Logue, who was convicted in 2001 of improper relations with a minor, protested at a children’s march in Tallahassee and at a film festival in New York, both of which had Sen. Book in attendance. Sen. Book was invited to answer questions at the film festival, which screened a documentary focusing on sex offenders, and Logue was reported to have taken the microphone made available to the audience and asked a question that an officer testified was in a “loud, aggressive manner.”

In addition to his in-person appearance to protest Sen. Book events that opposed his political beliefs, Logue began creating “vulgar” online posts about Sen. Book that included her address, a photo of her home, a video created for a song with “inappropriate” lyrics, and a cartoon depicting a headstone.

Although these posts may have caused Sen. Books severe emotional distress, discomfort, and fear for her own safety, Judge Klingensmith states that “discomfort is not tantamount to being threatened or harassed.”

The Right to Free Speech

Many of the judges focused on the Constitutional right to free speech, citing that because “[Logue] advocates for citizen-led political change and seeks to influence the legislative process,” his intentions are legal, and his rights must be protected.

However, not every judge was convinced that the injunction should have been overturned. Judge Melanie May, who was also supervising the case, wrote in her dissent that Logue “willfully, maliciously, and repeatedly harassed [Sen. Book] through a course of conduct which caused her substantial emotional distress and served no legitimate purpose.”

Judge May followed up her statement by asking the court why they should have to “wait until someone commits some violent act before our system can protect its citizens? Haven’t we witnessed enough tragedies to know that our failure to address precursors of violence often leads to a more egregious tragedy?”

Regardless of the actions that Logue took which led Sen. Book to file for an injunction, the court found that he had not violated any laws that would lead to the approval of a stalking injunction against him, and thus the ruling was overturned.

Judge Klingensmith represented the majority’s view of the overturned injunction by stating that “if the First Amendment stands for anything, it is that courts should rarely, if ever, interfere with the political process by punishing or penalizing political speech.”

Unfortunately, situations such as these can happen to anyone, regardless of your status. If you have been served with an injunction or you are looking to file one, you will need a knowledgeable attorney on your side who will fight for you to get the best outcome. The team of injunction experts at Fighter Law in Orlando, Florida can help you build a successful case that will grant you the justice that you deserve. Additionally, if you need help filing an injunction for stalking, our team can help.

When you’re ready to move forward with your case, give us a call at 407-344-4837 or reach out to us online to schedule a free consultation at your convenience.