Can I Get an Injunction Against Me Lifted?

If someone issues a restraining order against you, that typically means you need to stay a certain distance from them. For harsher restraining orders, it may even require you to move out of the area or state. Each document can be different. Some may state that you cannot contact the other person, their children, or surrounding family. Others allow a brief meeting when handing children over. The specifics of each order are relative to the situation.

The terms of a restraining order can change under a custody case or divorce settlement. For the most part, this rule means that you can never come into contact with the other party again in any way. This includes phone calls, texts, or letters. Breaking this agreement has serious legal consequences.

Information About Getting An Injunction Lifted

How to Dismiss a Restraining Order 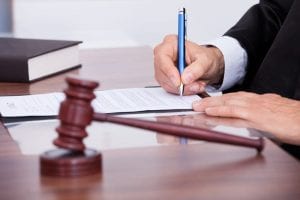 Judges must ultimately decide whether to dismiss restraining orders as a way to protect those who sought them. It’s possible that the issuer of the restraining order may have been influenced or blackmailed by the other party to get the ban lifted. If the judge understands that the issuer’s intentions are of their own free will and deems it safe for the two parties to communicate, then he or she will dissolve the order.

It is at this point in time and only at this point that the two parties may connect. The legality of a restraining order does not disappear because the issuing party reaches out to the other party.

What Happens if the Issuer Contacts Me?

If the issuer of the restraining order contacts you before the judge can dismiss or dissolve the restraining order, you might face legal consequences. It is critical for the issuer who wishes to reconcile to go through the proper process and set up a hearing with a judge. Having a legal professional represent their interests in a courtroom can prove that he or she is serious about their decision to nullify the charges and restore your relationship.

If you have an injunction against you or the petitioner who filed against you wants to modify or dismiss it, be sure to contact an Orlando injunction attorney to follow the proper procedure.

Attorneys at The Fighter Law Firm understand the importance of following the correct protocol for dismissing a restraining order to avoid any possible criminal violations. Our office is dedicated to protecting your rights during this process and will fight to get the injunction against you dropped. Contact us today at (407) 574-7576 or complete our contact form for a free case evaluation.

← Previous Article How Will a Domestic Violence Conviction Affect Me?
Next Article → Can a Minor File a Request for a Restraining Order?