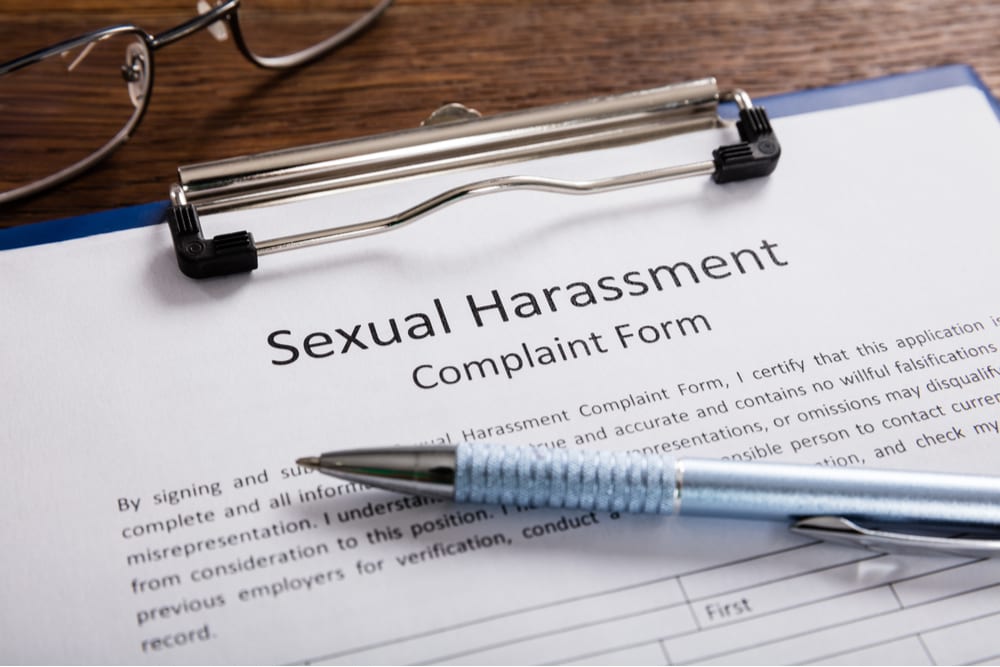 Can I get an Injunction Against Sexual Harassment at my Office?

Being harassed is an experience that no one should have to endure. Sexual harassment should never be tolerated, and that especially applies to the workplace. Everyone is entitled to the freedom of going to work every day in a safe and professional environment. If you get sexually harassed at your office, know that you don’t have to stand for this behavior and can seek protection. To successfully get an injunction against sexual harassment, there are a couple of critical points to consider that will help strengthen your case.

What is an Injunction Against Sexual Harassment at Work?

An injunction is a court-ordered protection or restraining order that requires someone to stop coming near or engaging with the person being harassed. If you’re ever in the position of being sexually harassed at work, it’s essential to report this behavior to your HR manager. Most offices have a private option for reporting these sensitive matters, like a confidential hotline to call. Be sure to review your office’s policies for reporting workplace harassment.

Know that your employer is legally obligated to review your report of sexual harassment thoroughly. Your employer can also file for an injunction against workplace harassment on your behalf. That’s a civil court order which forbids the offending individual from contacting or approaching you. It ultimately offers you protection from further harassment at the office while you’re at work.

What is Considered Sexual Harassment?

If you’re sexually harassed at work or anywhere else, you’ll know it immediately. But there are legal definitions for what Florida courts consider harassment to be. According to Florida law, actions done for a length of time constitute harassment when those actions:

This kind of treatment shouldn’t be tolerated, so if someone is behaving this way toward you, you need to seek the protection that an injunction provides. The benefits of a restraining order at the office include:

An injunction can offer protection for a year. If the perpetrator violates that restraining order, they can be arrested.

What Protection Does an Injunction Against Sexual Harassment Provide?

When you go to your employer’s HR office to document your complaint about being sexually harassed, be sure to offer as much evidence as possible. If your employer files for an injunction on your behalf, the courts will require proof to support your request for the restraining order and confirmation to demonstrate you’re at risk of it happening again.

Courts have some flexibility on the level of protection that an injunction can provide. In addition to granting protection from the perpetrator coming near you (usually within 500 feet), the courts might also require the following from your employer:

The more evidence you can provide to support your claim of being sexually harassed, whether through witnesses or recordings, the stronger your case will be when requesting a strong injunction.

No one should endure harassment of any sort at their office or workplace – particularly sexual harassment. At Fighter Law, we’re dedicated to seeking justice for our clients. We understand that filing an injunction against an individual that you work with every day is a weighty decision. When you’re ready to move forward, you can trust us to fight for you to receive the most favorable result possible. Our Orlando team of injunction lawyers has decades of combined legal experience helping individuals in this same position.

To get started on your free consultation to free yourself from workplace sexual harassment, call us at 407-344-4837 or fill out a case evaluation form online

← Previous Article What Does it Take to Get an Injunction Against Repeat Violence?
Next Article → Can I Get a Restraining Order for Cyberstalking?