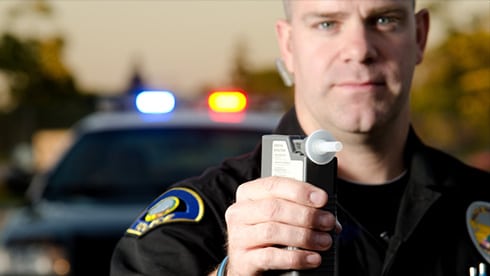 DUI stops can now be made based on anonymous 911 calls reporting reckless driving when police observed no illegal action.

In a 5 to 4 decision this past Tuesday, the Supreme Court in Navarette v. California gave police broad new authority to make traffic stops based on anonymous tips.  The decision was closely divided and sharply criticized due to the difference in votes among the Justices.  The case involved a driver who claimed to have been run off the road by another vehicle.  She called 911 and reported the description of the suspect vehicle along with the tag number.  Police responded and followed the vehicle for a short time and observed no erratic driving.  During the traffic stop, police smelled marijuana, which gave them the right to search the vehicle.  During the search the police found drugs and the defendants were ultimately sentenced to 90 days in jail with three years of probation to follow.

Behind the case ruling and the new law

The Supreme Court reasoned that police have the right to stop the vehicle based on the fact that it was a 911 call and most people would think twice before calling 911, there was a detailed description given by an eyewitness, and time between the incident and the call was brief.  The Court said that running another car off the road suggests the sort of impairment that characterizes drunk driving and police do not have any duty to make observations independent of the anonymous tipster.

The dissenting Justices said “all of us on the road, and not just drug dealers, are at risk of having our freedom of movement curtailed on suspicion of drunkenness, based upon a phone tip, true or false, of a single instance of careless driving.”

What does this mean?

So what does that mean to the driving public?  It means that say you make a slight driving error or cut someone off accidentally, the other driver could call 911 and report your erratic driving, leading to police responding and pulling you over without any other proof than what the driver told 911.  Then if the police “smell marijuana”, they can then search your car and if they find something illegal, you get arrested! This is yet another reason to not drive around with illegal items in your car.

What if this happens to me?

If you think you are the victim of a wrongful traffic stop or illegal search, call and speak to an attorney at The Fighter Law Firm.  They are skilled in fighting against all types of criminal charges and will evaluate your case to see if your rights have been violated.

← Previous Article Looking Forward; A New Fighter Law
Next Article → How Eyewitness Testimony Can Be Unreliable