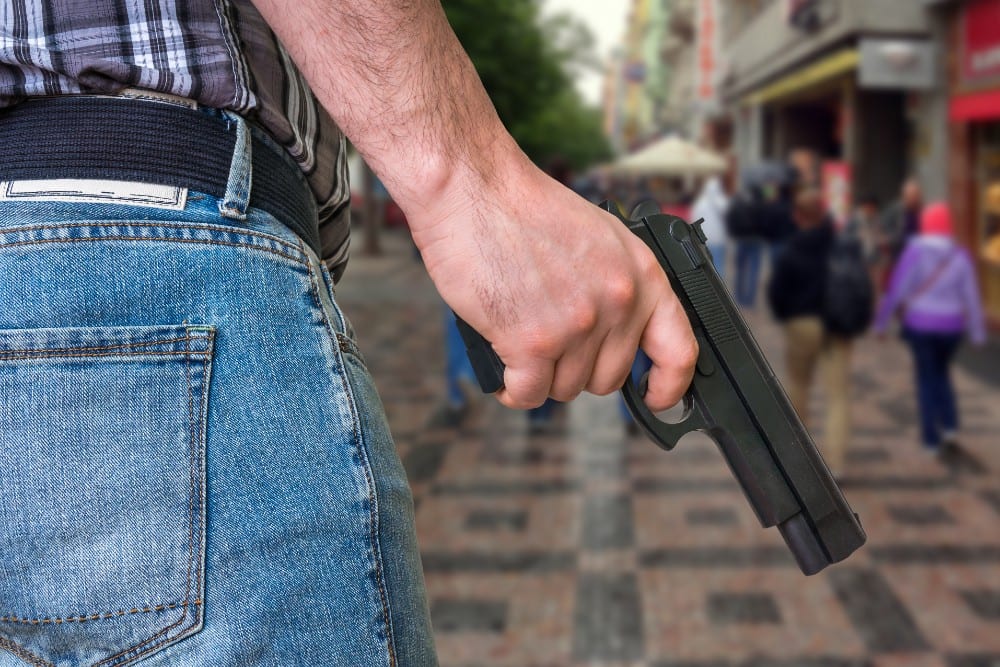 As an American, it often feels like a new mass shooting gets reported before we can take a breath after the last one. Politicians have long attempted to nullify the issue while still balancing our Second Amendment rights and have seen mixed results. Some states, such as Florida, have opted to enact “red flag” gun laws in hopes of keeping weapons out of the hands of people with nefarious intentions.

Also known as Extreme Risk Protection Orders or ERPOs, red flag gun laws tend to be supported by those who favor gun control. More and more states are implementing their own versions of red flag laws and many gun rights activists are up in arms about it–feeling as though their constitutional rights are being infringed upon. The National Rifle Association even argues that they deprive citizens of their fundamental right to due process. So, what are these red flag gun laws and how do they work in Florida?

So-called “red flag” laws are state regulations that authorize the confiscation of firearms from individuals deemed to be a danger to themselves or others. The request for a risk protection order under a red flag law is often filed by a friend or family member concerned about the individual’s safety or intentions, but police also have the ability to file a petition.

When a red flag firearm confiscation is granted, the court issues a particular type of protection order that allows the police to confiscate the weapon(s) temporarily. The amount of time the gun(s) will be taken away will depend on the circumstances surrounding their case. In the meantime, they will also be barred from purchasing or owning any firearms.

In 2019, National Public Radio reported that Florida courts had approved 2,500 risk protection orders to confiscate firearms over a period of 1.5 years. That equals out to nearly five people per day that had their firearms seized due to red flag laws–more than any of the other 17 states that have adopted a similar regulation.

During a hearing to request a risk protection order, the court will need to be provided with evidence that the individual whom you are hoping to seize weapons from has committed one or more of the following acts within the last year:

Evidence could also include documentation of mental illness or a past conviction for domestic violence. A written testimony from a respondent’s family or household member or oral testimony given under oath would also be accepted. A judge will not issue the final order until clear evidence is provided that the individual poses a significant risk of danger to themselves or others by owning a gun.

How Can a Lawyer Defend Someone Against a Risk Protection Order?

For a risk protection order to be implemented, proof will need to be provided to a judge that a person is too dangerous to possess a firearm. However, respondents have the right to plead their case by appealing an RPO after it has been implemented.

A risk protection order attorney may be able to petition the court to have an RPO vacated and trigger another hearing that allows the respondent to present evidence that may challenge the judge’s assessment of the respondent. An attorney may be able to demonstrate that the respondent is not a risk to themselves or others by showcasing their community involvement, arguing that their actions were taken out of context, or poking holes in the court’s concerns. Defending yourself against an RPO is rarely successful without the help of a skilled attorney, however.

Board-Certified Criminal Defense Attorney Thomas Feiter was named the Florida Bar’s Board Certified Lawyer of the Year in 2015. Having lived in Central Florida for over 30 years, he has garnered extensive experience as a trial lawyer defending Orlando residents from criminal charges of all kinds and wants nothing more than to see you achieve the best possible results for your case.

At Fighter Law, we sincerely care about our clients and are passionate about fighting for what is right and just. Call (407) 344-4837 or complete an online contact form to discuss your situation with one of our skilled attorneys today and allow us to evaluate your case at no charge to you.