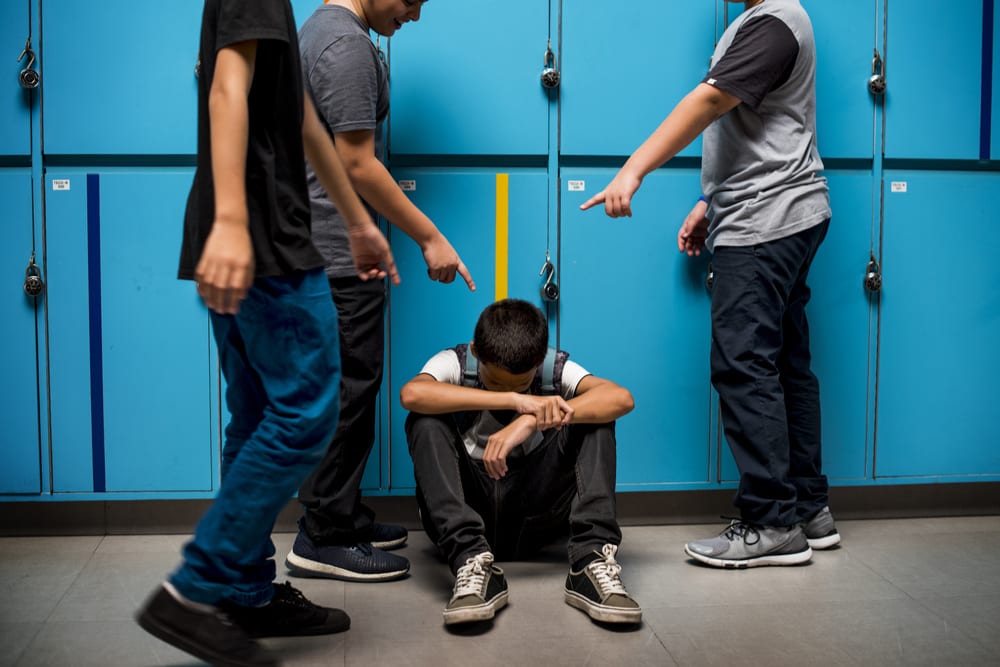 Is Stalking Considered Different from Bullying?

Anyone who has been a crime victim understands how it can affect their sense of well-being. Stalking and bullying are both crimes that make victims feel unsettled and troubled in their daily lives. The fact that many victims of stalking and bullying experience threats for a continuous period of time can worsen the effects of trauma. Victims of bullying claim that it can last for more than five years to recover.

Victims of stalking often deal with the crime for an even longer period, depending on the mental state of the stalker. On average, victims endure a period of 18 months to 10 years of suffering. What’s worse is that both crimes can evolve into vandalism and violence if left to continue. The seriousness of these crimes should not be taken lightly, and it’s essential to know the signs when you’re dealing with this violence and the difference between the two. While stalking and bullying are similar, they’re not the same thing.

Stalking is when someone repetitively pursues and follows another in a menacing and threatening manner that disturbs the victims’ sense of safety and well-being. Stalking can happen in the traditional physical way or through the internet when this crime is known as cyberstalking. It’s a crime that’s dangerous and unpredictable because many times, the stalker is mentally unstable and can take drastic measures as they invade the privacy of their victims.

The behavior of stalkers will typically cause a victim to feel physically, mentally, or emotionally unsafe – sometimes a combination of all three. The stalker might also threaten their victim’s families or close friends. They do this by showing up and appearing around the home, workplace, school, or place of business or leaving threatening messages. The following are behaviors that are common to stalkers:

In many cases, the stalker is a past lover, date, or spouse of the victim. Young adult women in their college years are primary targets, but women of any age who have a history of abuse have the highest risk of being stalked.

Kids have experienced bullying in schools for as long as there were schools for kids to go to! In recent years, bullying has taken on a whole new form. Bullying that takes place via social media and other platforms online is called cyberbullying. It can happen to people of any age.

Bullying is when a person is threatened, embarrassed, harassed, humiliated, or targeted by another person in some manner, whether that be physical, on social media, or through other online methods. The aggressive behavior is repetitive and can take the form of verbal, social, or physical attacks. Bullying can include the following actions:

When bullying happens in or around the victim’s school and is done physically, it’s not difficult to recognize it and know what to look for. When bullying takes place online (cyberbullying), it can be more difficult to identify. All states today have laws protecting kids in school from bullying, but not all states cover cyberbullying in their statutes. Bullying can also take place in the workplace and be directed at adults.

As you can see, stalking might be considered a form of bullying. While the two acts can be different, both bullying and stalking can take place between people with no romantic interest. Bullying and stalking have similar effects on victims, who may require counseling to ease their suffering and live a full life after being bullied or stalked. Additionally, a bully may be a stalker and vice versa. Sometimes, bullying paves the way for stalking, which is a criminal offense.

Hire an Injunctions Attorney in Orlando

Whether you’ve been the target of stalking or bullying harassment, the impact can be detrimental to your mental state and your well-being. It’s important to understand that there’s legal help available to you.

If you or a loved one is experiencing stalking, bullying, or any kind of harassment, hire an experienced injunction lawyer before the aggressor’s behavior becomes violent or destructive. At Fighter Law, our Orlando attorneys have the skill, experience, and compassion to help you present a strong case for a permanent injunction for protection against these threats. We have years of experience assisting Floridians, and we know the legal system and understand how to protect our clients best. Call us at 407-344-4837 or fill out our contact form today.

← Previous Article What’s the Difference Between Stalking and Cyberstalking?
Next Article → What Happens If You’re a Sexual Assault Victim During a Rideshare Trip?