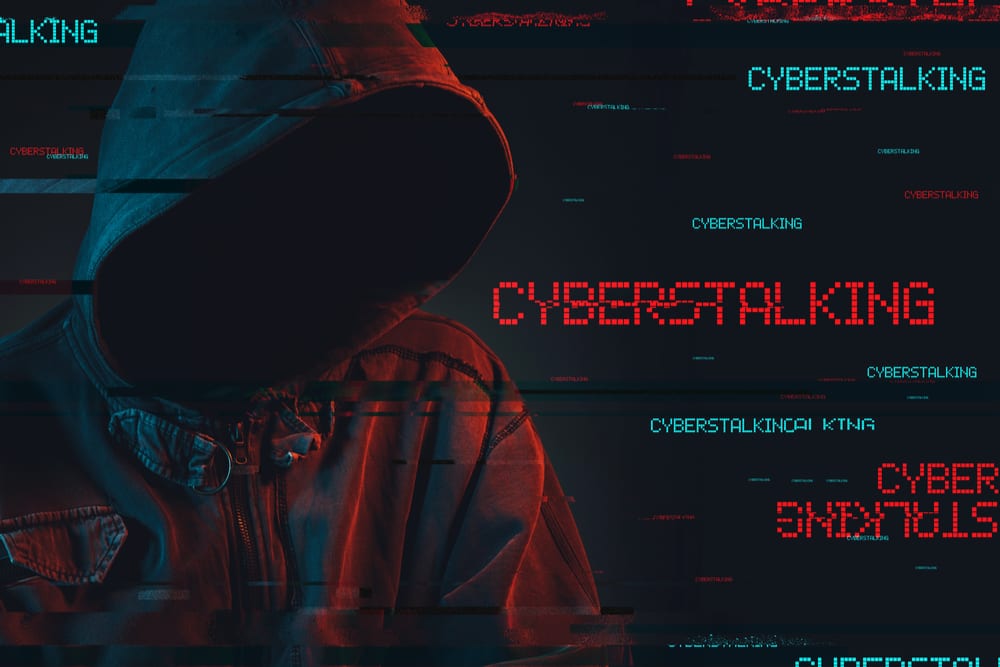 What’s the Difference Between Stalking and Cyberstalking?

Fourteen out of every 1,000 adults get stalked every year, according to the Bureau of Justice Statistics. Stalking is considered a crime in all 50 states and U.S. territories, but how is it defined? In a time when technology rules most of our lives, is digital stalking – or cyberstalking – viewed as being similarly dangerous as physical stalking?

A study by Weber State University goes into some detail about what they found to be the key differences between the traditional form of stalking and how it can be done online. Let’s take a look at their findings.

What is the Definition of Physical Stalking?

The definition of stalking is harassment or threatening behavior that’s done repeatedly to an individual. Stalking is a serious crime that leaves the victim fearful for his or her safety as they go about their daily activities. Someone who commits physical stalking is intentionally engaging in behavior that leaves their victim fearful of additional harassment or future harm. The victim might be fearful of their safety or the possibility of damage to their mental, physical, or emotional health. If the victim fears for the safety of a friend or family member, that’s also considered physical stalking. Furthermore, an individual can be a victim of a physical stalker if he or she feels threatened at their place of work, career, business, or employment.

A stalker will typically follow his victims and engage in certain behaviors that can include:

Behavior like this is done to make their victims feel uneasy. Most times, the victim personally knows their stalker. Statistics show that women are notably more likely to be stalked by an intimate partner who’s a current or previous date or spouse, or someone they were cohabiting with. Only a small percentage of women have reported that their stalkers were strangers. Typically, college-aged women and young adults become primary targets of stalkers.

What is the Definition of Cyberstalking?

Cyberstalking is similar to physical stalking, except these stalkers use the internet to do so. Weber State University studies show that victims of cyberstalking weren’t quite as alarmed as those victimized by traditional stalkers due to the fact that they’re not physically present near them.

However, there are more frequent reports of cyberstalking than physical stalking – perhaps because the internet and social media have made it much easier to commit this crime. But it’s worth noting that just because cyberstalking does not include physical contact does not mean it’s less dangerous. Cyberstalkers can use the internet to uncover personal details about their victims. If the stalker is skilled in hacking, they can access their victim’s personal information, such as:

The study by Weber State also noted the often steep financial measures that cyberstalking victims take to protect themselves and their peace of mind. It can definitely go further than what physical stalking victims will do. For example, victims might purchase a firearm, change jobs, take a long period off work, or change their appearance. In Florida, the definition of stalking includes cyberstalking.

Florida law defines cyberstalking as “the means to engage in a course of conduct to communicate, or to cause to be communicated, words, images, or language by or through the use of electronic mail or electronic communication, directed at a specific person, causing substantial emotional distress to that person and serving no legitimate purpose.” Stalking is considered a first-degree misdemeanor, and aggravated stalking – which is stalking while also making a credible threat of harm – is a third-degree felony.

Hire an Injunction Lawyer in Orlando if You’re Being Stalked

If you’ve been the victim of a stalker, whether it’s cyber or physical stalking, get legal help as soon as possible. At Fighter Law, our professional team of injunction lawyers specializes in helping victims of stalking and domestic violence. We understand that deciding to file an injunction against a stalker is unsettling.

Attorney Thomas Feiter is a Board Certified and AV Rated Preeminent Lawyer. He has experience as the lead counsel in more than 100 jury trials and has decades of experience as a trial lawyer in Orlando. Our team has the compassion and the know-how to make the process of taking legal action against a stalker as painless as possible for you. Call 407-344-4837 or fill out our contact form for your free case evaluation. Find out how Fighter Law can help you stay safe from a stalker so you can once again have peace of mind.

← Previous Article What Is Financial Exploitation of a Vulnerable Person?
Next Article → Is Stalking Considered Different from Bullying?