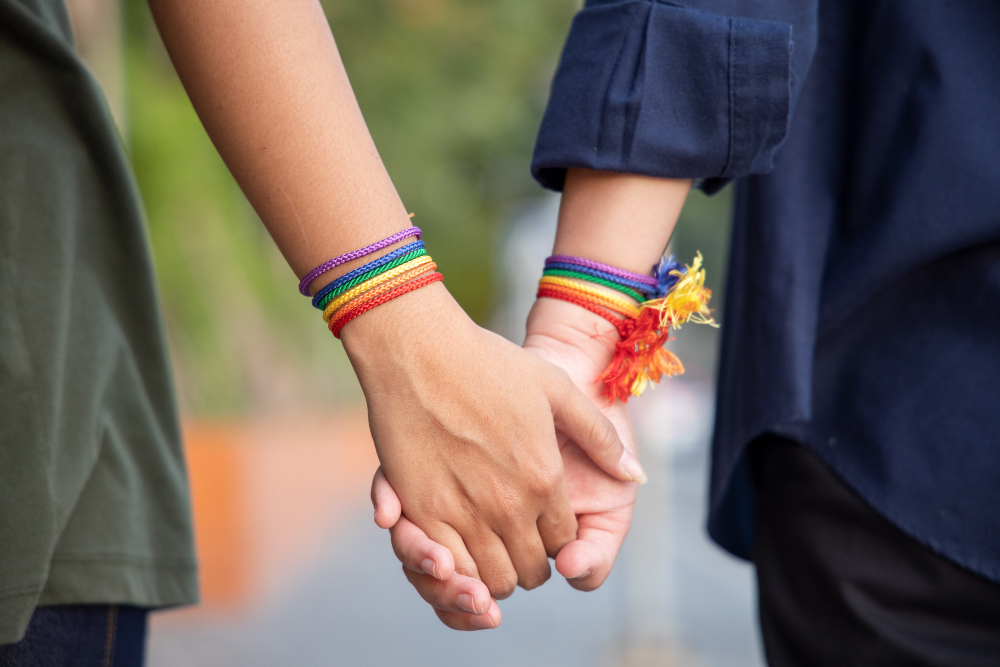 LGBTQ+ and Domestic Violence: What You Need to Know

The common assumption about domestic violence is that men physically harm women. However, this generalized assumption prevents men, women, and anyone under the gender-fluid spectrum from coming forward and seeking help. Even in heterosexual relationships, believing that the man in the relationship is the only one capable of abuse is extremely dangerous and places men at risk of abuse and little chance of seeking help. Domestic violence can cause victims substantial, long-lasting harm even if they are never physically touched. While most are familiar with the image of a man physically hurting a woman, anyone can be an abuser, and there are more forms of abuse than physical abuse.

Stats about Domestic Violence and the LGBTQ+ Community

According to the National Coalition Against Domestic Violence (NCADV), partner violence within LGBTQ+ relationships occurs more often than in heterosexual relationships. However, it’s important to note that the study cited is from 2010 and is the most recent study due to the lack of research on partner violence in LGBTQ+ relationships. Research in this area is underfunded and often not considered a priority to research this area due to prejudices. Notable stats found in the study include:

For these groups, domestic violence occurs more frequently than for LGBTQ+ individuals who do not identify with the identities above.

Several barriers exist for those in the LGBTQ+ community that prevents them from seeking help for or reporting domestic violence, including:

Fear of Being Outed

Abusers in an LGBTQ+ relationship may threaten to out the victim if they seek help or report the abuse. This threat is significantly more dangerous for individuals afraid of retaliation from their families or loved ones who may not be as accepting. Additionally, transgender, gender-nonconforming, and gender-fluid people who have not disclosed their gender identity are in considerable danger because of the barriers they face in society. Threatening to out an individual in the LGBTQ+ community unless they stay silent about their abuse adds another layer of deep emotional distress to an already stressful situation.

When assumptions are made based on gender in a domestic violence situation, they can place an individual at significant risk. A victim who is being abused by someone who doesn’t fit the physical descriptions of a typical abuser can rightfully be afraid their situation will be dismissed or undermined. In some situations, disclosing they’re suffering abuse from some who doesn’t fit the societal mold of being an abuser, the victim may worsen their situation because they risked their safety only not to be believed.

Reporting domestic violence to medical professionals or law enforcement can be difficult for LGBTQ+ victims who face discrimination from the individuals meant to help them. Homophobia, transphobia, biphobia, and general prejudice against LGBTQ+ individuals still play a role in the legal workings on the state and federal levels. Unfortunately, bias from law enforcement and medical professionals can occur even in states where the law provides equal protection for LGBTQ+ relationships. If they report their situation, they may not only be denied care, but they may be unable to get an official report filed, leaving them worse off than before.

Contract Our Criminal Defense Attorney at Fighter Law in Orlando

Domestic violence is one of the areas of expertise at Fighter Law. We understand how complicated and emotionally traumatic domestic violence situations can be, which is why we are dedicated to providing our clients with the best legal representation and support through such a difficult time. At Fighter Law, we also understand the struggles that LGBTQ+ individuals face regarding partner violence and are here to offer support and legal counsel.  If you need counsel regarding your domestic violence situation, you can schedule an appointment by filling out our contact form or calling (407) 344-4837.