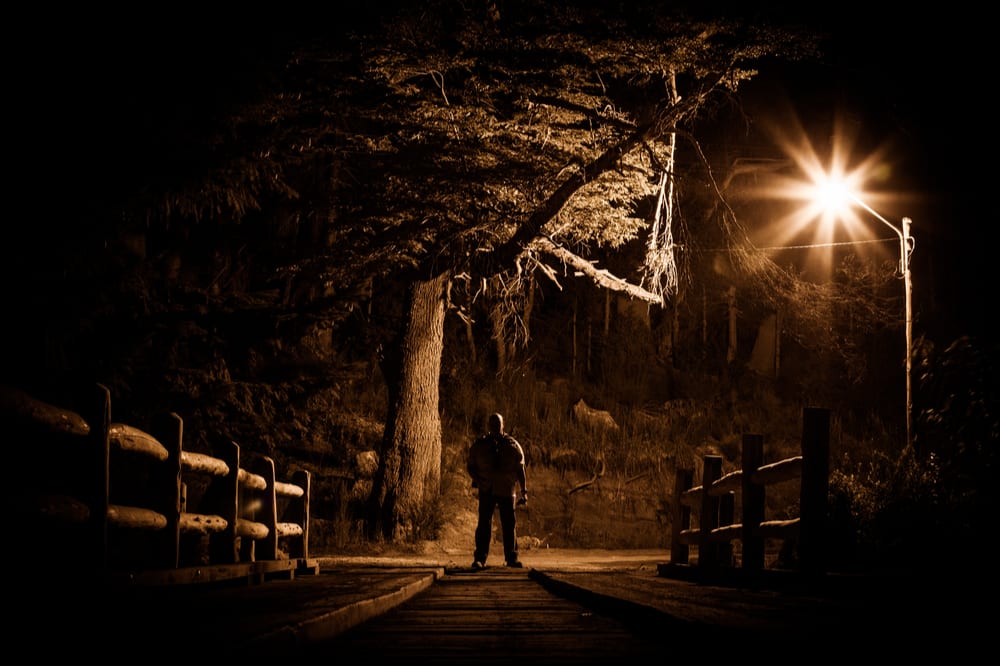 Depending on what you’re subjected to, it can range from annoying to terrifying to be the victim of a stalker. So what motivates a stalker?

Stalkers are often presented in movies or television dramas as men obsessed with beautiful women, but in reality, there are different reasons why some individuals turn into stalkers. Psychiatrists and law enforcement use established categories of stalkers as a way to assess the risks they pose to their victims. Studies on the psychology of stalkers and risk factors that can lead to different outcomes have helped mental health professionals better understand stalkers, and have assisted law enforcement in figuring out how to manage them.

If you believe you’ve been the victim of a stalker, here are some of the profiles that psychiatrists have identified and documented.

Are There Different Types of Stalkers?

Studies have indicated that up to 16% of women and 7% of men are likely to be stalked in their lifetime, which is why both the federal government and all 50 states have anti-stalking laws. Those statutes refer to a pattern of behavior that one person carries out against another with the aim of harassing, intimidating, or even terrorizing their victim.

Stalking is often thought of as something done by former spouses or by someone the victim may have casually dated and broken up with. But there are also instances when people are stalked by either an acquaintance they barely know, or even a total stranger.

Some forms of stalking can include someone repeatedly showing up in places the victim frequents, showing up at their job, or sending unwanted gifts in the mail. But victims can also be stalked online. Cyberstalking is occurring more and more frequently today, as stalkers follow the victim on social media or try to embarrass or defame them online.

So why do stalkers engage in this behavior, and what sets them off? Here are the 7 types of stalkers that the healthcare industry has identified.

Some stalkers have been rejected by a person they wanted a relationship with, or have just experienced a breakup. The stalker may be looking for a way to salvage their relationship, or want to remain as close to the victim as much as possible. In other instances, they’re angry and want revenge for being rejected.

Predators are often sexually obsessed or have deviant sexual fantasies. Typically male, their victims are usually women who are strangers, but who the stalker has a sexual interest in. It can start with voyeurism, which becomes a precursor to a sexual assault.

These kinds of stalkers are typically incompetent at relationships, lonely, and target strangers or casual acquaintances. They assume they can convince the object of their desire to start dating them. They can often seem blind or indifferent to the suffering they inflict on the victim. Many of these stalkers have poor social skills.

Some people become stalkers because they feel like they’ve been mistreated in some way. These stalkers often have some form of mental illness, experience feelings of paranoia or persecution, and can be self-righteous and self-pitying. Stalking the victim can be a way to get revenge for their perceived mistreatment. They feel like they have a certain amount of power over the victim as they stalk them.

Often mentally ill, the intimacy-seeking stalker believes the victim will love or learn to love them, and they may have a delusional belief that the victim already does love them. In many instances, they focus on prominent or celebrity figures.

These stalkers are unique in that they’re motivated by political beliefs, and end up stalking people who either agree or disagree with their views.

The most dangerous, victims are stalked by a hired killer who has instructions to badly injury or murder that person.

It’s also been documented that stalkers are often unemployed or under-employed and can be delusional and have narcissistic personalities. Personality disorders are present in more than half the stalkers who have been evaluated.

Stalking is a criminal offense that Florida courts do not take lightly. If you need an injunction to protect yourself against stalking, or if you’re falsely accused of stalking, the attorneys at Fighter Law can help. Whether you’re the petitioner or the respondent, we will fight to win you the most favorable outcome to protect your freedom and peace of mind. When you hire Fighter Law, you can rest assured in knowing that we will fight for you.

Attorney Thomas Feiter has experience as lead counsel in taking more than 100 jury trials to verdict and is Board Certified in Criminal Trial Law by the Florida Bar. Contact him today for a free consultation on your injunction case. Call at (407) FIGHTER (344-4837) or complete our online contact form.