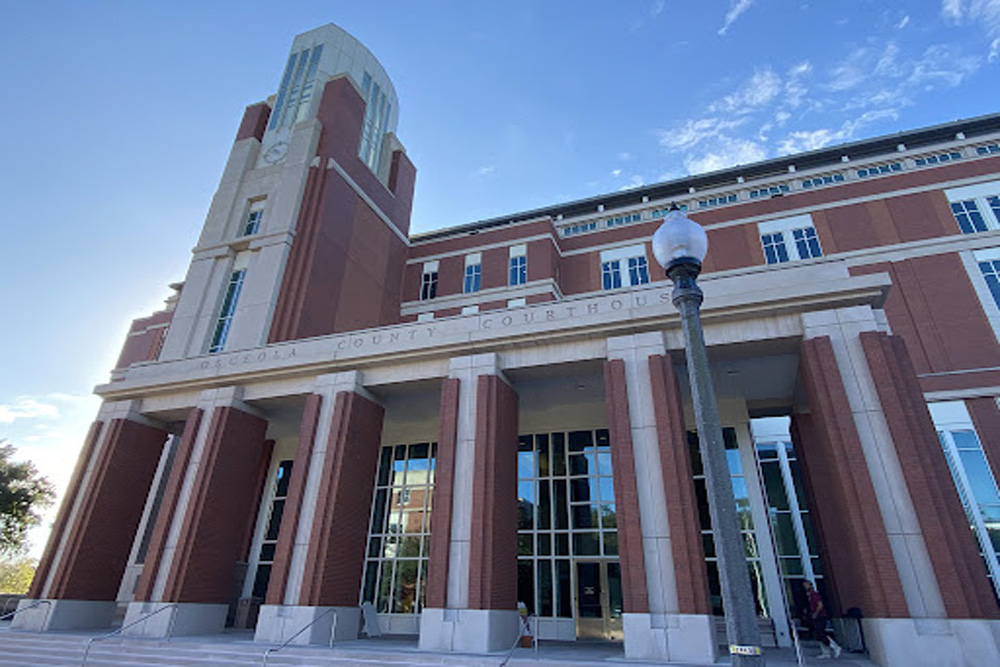 How to Obtain Legal Protection Against Domestic Violence in Kissimmee

This article is specifically geared to helping people with injunction in Kissimmee or Osceola County, Florida.  Our lawyers go to Kissimmee frequently to fight injunctions and we know the judges and the processes here.  Also in this article you will see photos of the inside of the courthouse so you can know what to expect.

If you are a victim of domestic violence in Kissimmee, St Cloud or anywhere in Osceola County, you may not know what to do to obtain legal protection. It can be frightening to try to get protection against a partner, especially if you still live with them. However, there are ways that you can protect yourself from domestic violence so you can get the peace of mind and safety you deserve.

In the state of Florida, domestic violence is covered under the Protection Against Domestic Violence statute. Fighter Law’s board-certified domestic abuse lawyers can also help you with any questions you may have. This article will explore what domestic violence actually means, how the law protects against it, and how you can obtain legal protection against this type of abuse specifically in Kissimmee and Osceola County.

What Is a Domestic Violence Injunction?

In some cases, the abuser may be required to surrender any firearms and ammunition. The victim may file a petition for a domestic violence injunction if they are a victim of any act of domestic violence, repeat violence, dating violence, sexual violence, or have a child with the abuser. The victim must also show that they are reasonably afraid of future violence from the abuser. A domestic abuse lawyer in Florida can help you figure out the legal issues surrounding your case to make sure you are protected.

How Does the Injunction Process Work?

If the judge decides to issue a temporary injunction, it will be in effect until the next scheduled hearing. At that hearing, the judge will decide whether to issue a final injunction. Either party can request that the judge modify or dissolve the injunction at any time.

How Long Does an Injunction Last?

In Osceola County, the judges typically grant injunctions for six months, a year or maybe 2 years.  However, any injunction can be extended by the judge if necessary and sometimes they make them permanent or forever if the circumstances justify it. Working with a skilled domestic abuse lawyer who knows the processes specifically in Osceola County can help you get an extension on your injunction as well.

What Is a Violation of an Injunction?

How Can I Get an Injunction Dismissed or Dropped?

Domestic violence injunctions are a legal way to protect victims of domestic violence. While the process is supposed to be simple, having an attorney makes it easier – gives you a higher chance of success.  Working with a domestic violence attorney at Fighter Law means that we will work for you to make sure you have the safety and peace of mind you deserve. We will work alongside you and the court to keep you and your family safe.

Call Fighter Law at (407) 344-4837 or complete our online contact form to schedule a consultation today. Our team is here to help you.