What can happen to me if I am arrested and convicted of petit theft or shoplifting?

Hire the best possible petty theft attorney you can afford if you are arrested or given a notice to appear for this crime.  You should be very concerned if you or a loved one has been arrested for petit / petty theft (also known as shoplifting).  Not only because it is a crime that can stay on your record forever, but because it is considered a crime of dishonesty that can seriously hurt your future.  It can prevent you from getting a job or even attending events at your children’s schools in the future.

These days, information is readily available and you do not want this to be on your record if you can avoid it.  Your mugshot and arrest report in your case may be public records out there for anyone to see.  So you will want your lawyer to move quickly to have this sealed or expunged off your record as soon as possible.

Below is more detailed information related to petit theft.  But we are happy to sit down with you to explain what we think your chances are and how we recommend fighting your petit theft arrest.  You really want to do everything you can to resolve it in a way that allows you to seal or expunge it off your record later.  Hire the best Orlando petit theft attorney – hire Fighter Law.

There are various levels of theft crimes.  What is taken and how dictate the level or crime that can be charged.  Typically the higher in value the items taken, the more severe the crime.  The manner by which the items are taken (by breaking in or by force, for example) will also affect it.

It seems like loss prevention officers (LPOs) are everywhere these days – and so are security cameras.  Even with the video and testimony of the loss prevention officer, it may still be possible for the whole thing to go away.  Hire an attorney who will care and who will fight to get the case dismissed.  Just because there is video of the theft occurring does not guarantee that the case cannot be beaten.

Probably the most common form of theft is shoplifting or petit theft.  This is where the item taken is not of significant value.  If the item taken is worth less than $100, then it is a second degree misdemeanor.  If it is worth $100 or more but less than $300, it is a first degree misdemeanor.  You should also know that, if you have prior convictions for any theft charge, a new arrest can upgraded to a felony.

Another not-so-well-known possible consequence of being charged of a petit theft is that the court must suspend your driving privileges if you are convicted.  If it is your first conviction, for a period of up to 6 months.  If it is your second or subsequent, it must be for a period of 1 year.  Before entering a plea to a petty theft charge, know whether or not the adjudication is going to be withheld.  If it is not, that means you are going to adjudged guilty (or convicted), which will require your driver’s license to be suspended.

An experienced petty theft attorney will be able to give you good advice here.  The advice will differ from person to person.  For the most part, many of our clients will receive a letter in the mail from the business’ corporate offices (and sometimes from a law firm) demanding that you pay them something like $100 or $300 as settlement for their civil demand.  It’s not necessarily a bad thing to pay this off – because you can later show it to the prosecutor, which may help in the criminal case.  Companies are allowed to do this.  It’s totally legal.  Wal-Mart civil demand letters go out a lot! We have heard of instances where the company or the law firm demanding the money will reduce it if you ask.  So that might be worth a shot.

Most likely outcome*: A fine, an impulse control course and court costs – maybe a little probation.  Warning: be careful not to take a straight up fine offer if it includes an adjudication of guilt (in other words, being “convicted” of the crime).  Being convicted of petit theft means you can never have it sealed or expunged off your record and will require your driver’s license be suspended.

Collateral Consequences: Stigma of being arrested for a crime of dishonesty, Mandatory Driver’s License Suspension if convicted (6 months for first conviction, 1 year for second or subsequent conviction).  Civil demand letter asking for a settlement payment to a civil law firm.

Can I get pretrial diversion: Yes, with victim approval.  No if you stole from your employer.  Talk to an experienced Orlando petit theft attorney for more on this.

* Actual outcomes vary from case to case and this most likely outcome estimate should not be relied upon as definite.

Most likely outcome: Same as above – maybe a little higher of a fine.

Collateral Consequences: Same as above.

Can I get pretrial diversion: Same as above.

Defenses: Same as above.

Related Offenses: Same as above.

Don’t just hire a lawyer, hire a fighter to help you with your case – an experienced Orlando Petit Theft Attorney.  Call Fighter Law at 407-344-4837. 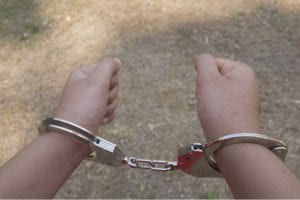 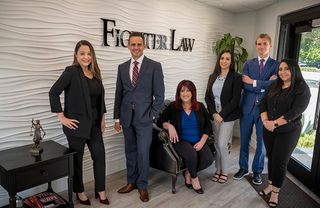