Ms. Vickers is Board Certified by the Florida Bar in Criminal Trial Law.  She has been practicing for 23 years and has represented adults and juveniles in every aspect of their cases.  Ms. Vickers also has experience in personal injury cases specifically involving slip and falls as well as dog bites.

Melissa Vickers is a native Floridian.  She was the recipient of the Joe Durocher Foot Solider of the Constitution Award as well as the Franklin Graham Award for outstanding service.  Ms. Vickers has experience representing adults and juveniles in all aspects of criminal cases from  misdemeanors to capital felonies including murder, sexual battery, robbery, burglary, drug trafficking, money laundering, RICO and more.  She also spent time working on personal injury cases including slip and fall as well as dog bites.  Ms. Vickers is thrilled to bring her experience to Fighter Law where she can fight for you.

Ms. Vickers is admitted to practice law in Florida and the U.S. District Court, Middle District of Florida.  She graduated high school from Douglas Anderson School of the Arts in Jacksonville Florida and went on to the University of South Florida in Tampa where she graduated with a B.A. in Speech Communication and Criminology.  She attended law school at Nova Southeastern University Shepard Broad College of Law in Ft. Lauderdale.

After law school Ms. Vickers began her career as an Assistant Public Defender in the Seventeenth Judicial Circuit.  She moved to Orlando in 2001 and worked for the Public Defender’s Office in the Ninth Judicial Circuit.  She was quickly promoted and served as the Juvenile Chief, Trials Chief and Chief Assistant Public Defender all while maintaining a caseload. She has experience working on death penalty cases as well as all types of felonies.  She has also handled high profile/media cases in trial. Ms. Vickers also has experience in representing mentally ill clients who are adjudged incompetent or insane.  After 21 years of criminal defense, Ms. Vickers made the move to civil practice where she worked for Morgan & Morgan handing slip and falls as well as dog bite cases.

Ms. Vickers lives in Winter Park with her husband and twin boys. 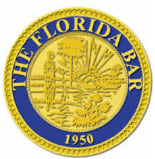