Hiring the best Orlando Rape Defense Lawyer is the best thing you can do for yourself or your family member or loved one when they are accused of rape (a.k.a. sexual battery).  These crimes are aggressively prosecuted and the consequences are, as you are probably already aware, significant and devastating to anyone.

When is sex considered rape?

Sex is not rape unless one party does not consent or when one party withdraws consent.  So two people can start out having consensual sex (not a crime) and it can turn into non-consensual sex (a crime).  When that happens, it makes it harder to prove rape – or sexual battery.  Rape is called “sexual battery” in Florida.

How easy is it to be accused of rape?

It is very easy to be accused – and convicted – of rape.  The dangerous aspect of the crime of rape is that anyone can accuse you of rape after what you thought was consensual sex.  So what makes sex rape or not rape is what is in the mind of the accuser at the time of the sex.  In Florida, the accusation of the victim (his or her spoken words) do not even need to be backed up by anything!  So what that means is that there does not have to be any independent evidence of rape (like DNA, blood, injuries, marks of resistance, etc.).  The testimony of a rape victim does not have to be corroborated in order for you to be prosecuted.  Here is the law/statute on that.

What is a sex crime?

Rape is the most commonly thought of sex crime, but there are many s0-called sex offenses.  Lewd and lascivious molestation, sexual activity with a child, sexual battery, solicitation, video voyeurism, failure to report as a sexual offender or predator, child pornography, sexual misconduct, unlawful sexual activity, and so on.  An Orlando Rape Defense Lawyer will be well-versed in all of these.

What kind of evidence might there be against me?

At a bare minimum, there will be an accusation.  Shockingly, all that is required is the accusation.  In other words, the spoken words of your accuser.  Florida Law does NOT require anything more.  You can be accused, arrested, tried, and convicted with nothing more.  If a prosecutor and a jury believe your accuser, you can be sent to prison for a long time and/or be forced to register as a sex offender or sexual predator for the rest of your life.

The biggest hurdle in these cases is not always the forensic evidence, or the photos, or the DNA evidence, or the child protective team (CPT) video that there often is present.  It is the accusation.  Someone is saying you did something terrible and you are denying it.  How can you prove it did not happen?  That is really, really hard.  It’s the age old question: How do you prove a negative?  It is not impossible.  Call us for a free consultation to learn how we may be able to help you.

Many of our clients are professionals and/or people with zero criminal history.  They ask themselves, “How can this happen to me?  I’m innocent!  I don’t know why this person is saying this.”  False allegations can be fought against.  Do not lose hope.  We have defended people in your position many times in the past.

Who will prosecute my case?

What do I do if I am accused of rape?

When you are accused of something like this, you need a lawyer who will stand up with you and fight against it!  As an expert in criminal trial law, Attorney Thomas Feiter is a preeminent and well-known Orlando Rape Defense Lawyer.  He has handled these cases many times – on both sides.  He has represented both victims and defendants, having worked as a prosecutor and a defense attorney.  Don’t just hire a lawyer, hire a fighter.  Call 407-344-4837. 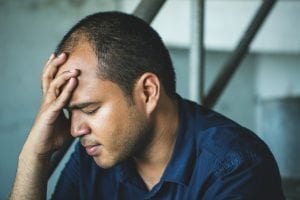